Protected area “Shabla Lake” / 5 312.4 decares / is located in the northeastern part of Bulgaria, about 18 km from the Bulgarian-Romanian border and 3-5 km northeast of Shabla.

It was announced by Order No. SG-31 / 24.01.1995 of the Ministry of Environment and Water. A management plan has been developed for it, which was approved by the MoEW in 2004. Part of the protected area without arable land, with an area of ​​4037.4 decares, is included in the list of the Ramsar Convention as a habitat of waterfowl of international importance, under the name “Shabla lake”. The whole territory is included in the list of BirdLife International – Ornithologically important places in Europe, under the name “Shabla Lake Complex”. The territory is part of the CORINE site according to the European program CORINE Biotopes with code F00008700. 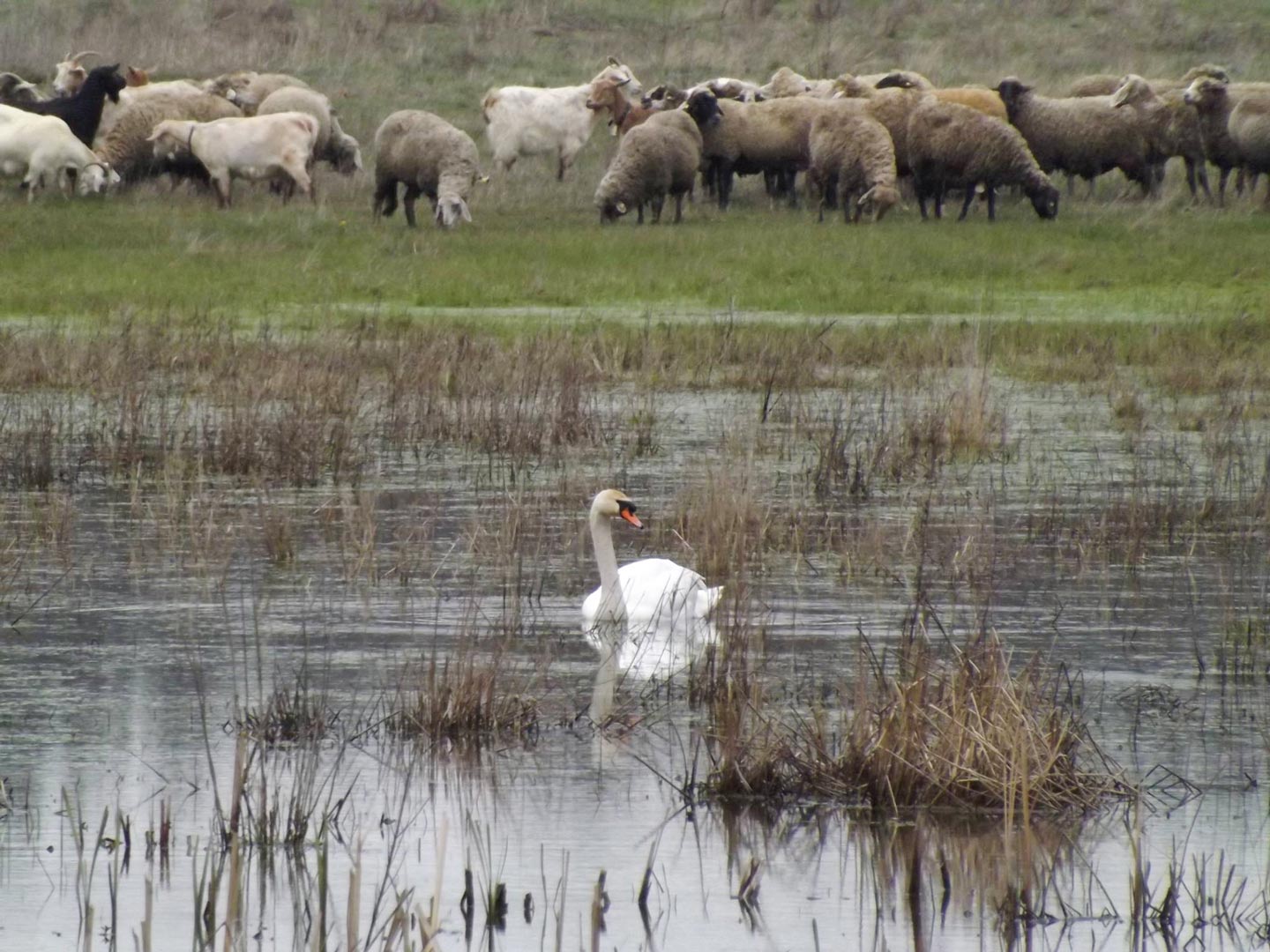 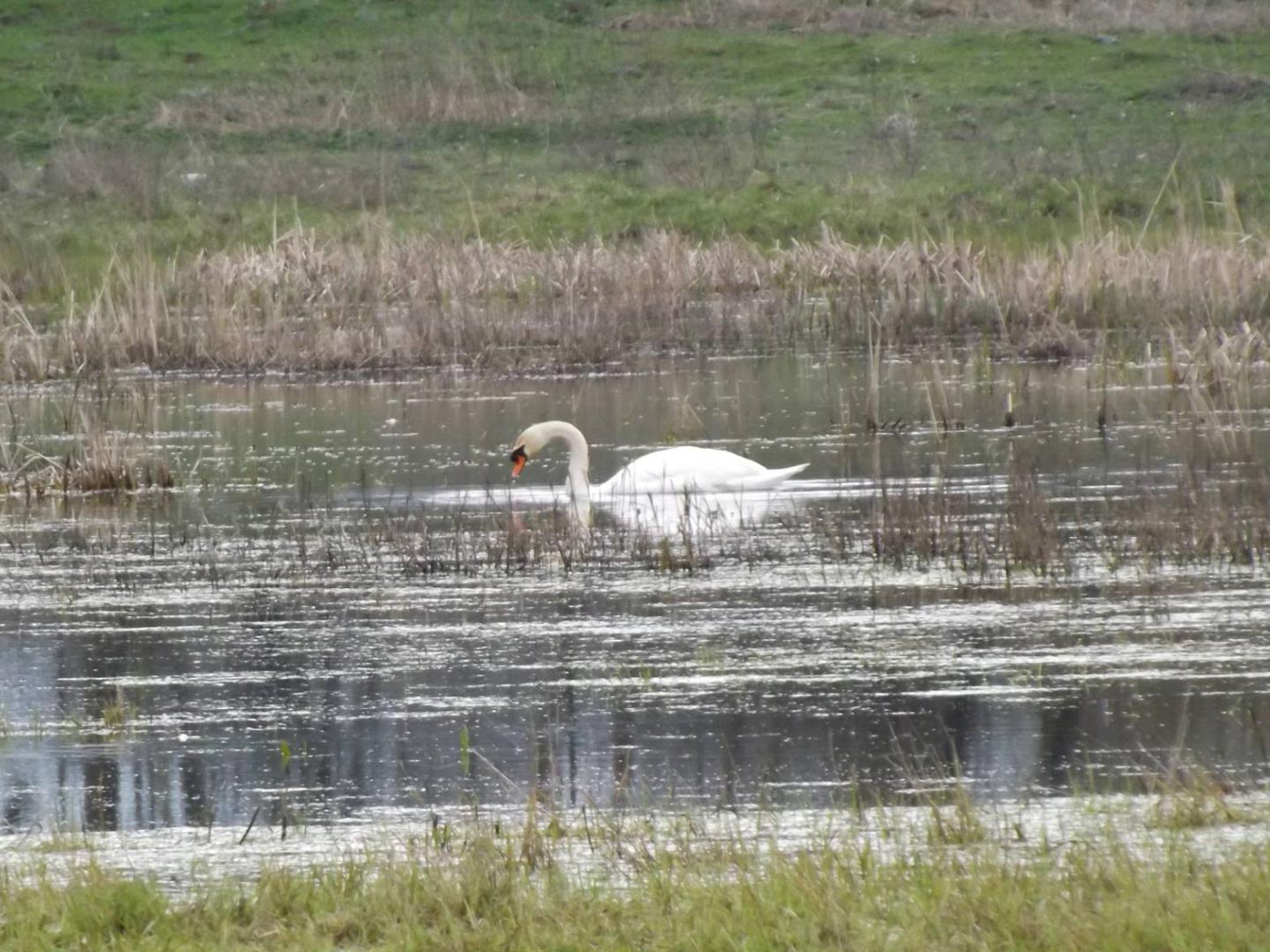 The protected area together with adjacent agricultural lands, Lake “Shabla Tuzla” and marine waters is an object of the European ecological network NATURA 2000 under the name “Shabla Lake Complex” / under Directive 79/409 / EEC for the protection of wild birds / and “Lake Shabla – Ezerets ”/ under Directive 92/43 / ЕЕС for protection of natural habitats and wild flora and fauna /.

PA “Shabla Lake” is a wetland, including two coastal estuaries – Shabla Lake and Ezerets Lake, interconnected by a canal, adjacent sand dunes, grasslands, forest-tree and shrub plantations and arable agricultural land. They are closed estuaries occupying the coastal low parts of deep dry lands / the rivers Shablenska and Ezeretska/. In practice, the lakes are a whole, interconnected by a shoal that is constantly flooded, even with minimal water levels in the two reservoirs, on a front of about 300-400 m. Nowadays this shoal is densely overgrown with reeds, which is a dug canal, 250 m long, 4-5 m wide and about 1.5 m deep. 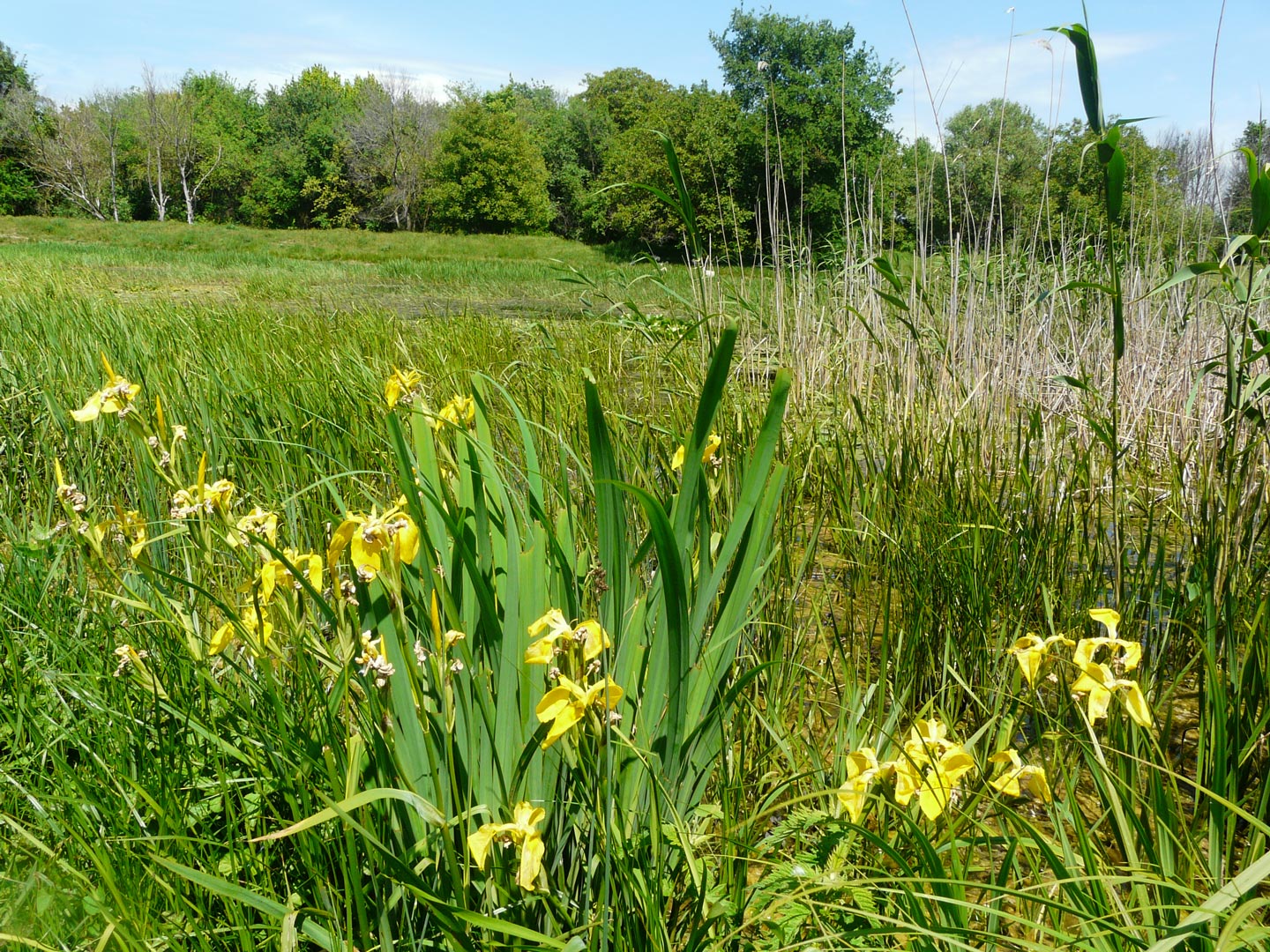 Shabla-Ezerets Lake is among the most important wetlands in Bulgaria. It is a representative example of natural coastal lakes of estuarine type on the Western Black Sea coast. 247 species of birds have been identified on the territory of the Shabla Lake Complex, of which 69 are included in the Red Book of Bulgaria / 1985 /. Of the birds found, 137 are species of European conservation importance.

Two world-endangered species nest in the complex – the white-eyed woodpecker and the meadow woodpecker. A number of other rare and endangered birds, such as the sea bustard and the black-headed shrike, are multiplying in significant numbers.

The lake complex is an important migration station for the Stork-like, Goose-like and Rain-whistle-like birds. During the autumn-winter season, a number of globally endangered species are observed here, such as the Dalmatian Pelican, the Little Cormorant, the White-eyed, the Thorny-tailed Warbler and the Great Spotted Eagle.

The complex is of strategic importance for the red-breasted goose in the winter, and together with Durankulak Lake it accepts almost the entire world population. During this season, large concentrations of the great white-fronted goose and single specimens of the small white-fronted goose are also observed here. This fact defines the place as one of the most important wintering grounds for these species of geese in the world. The lake is one of the places in the country with large flocks of swan and green-headed duck in winter. 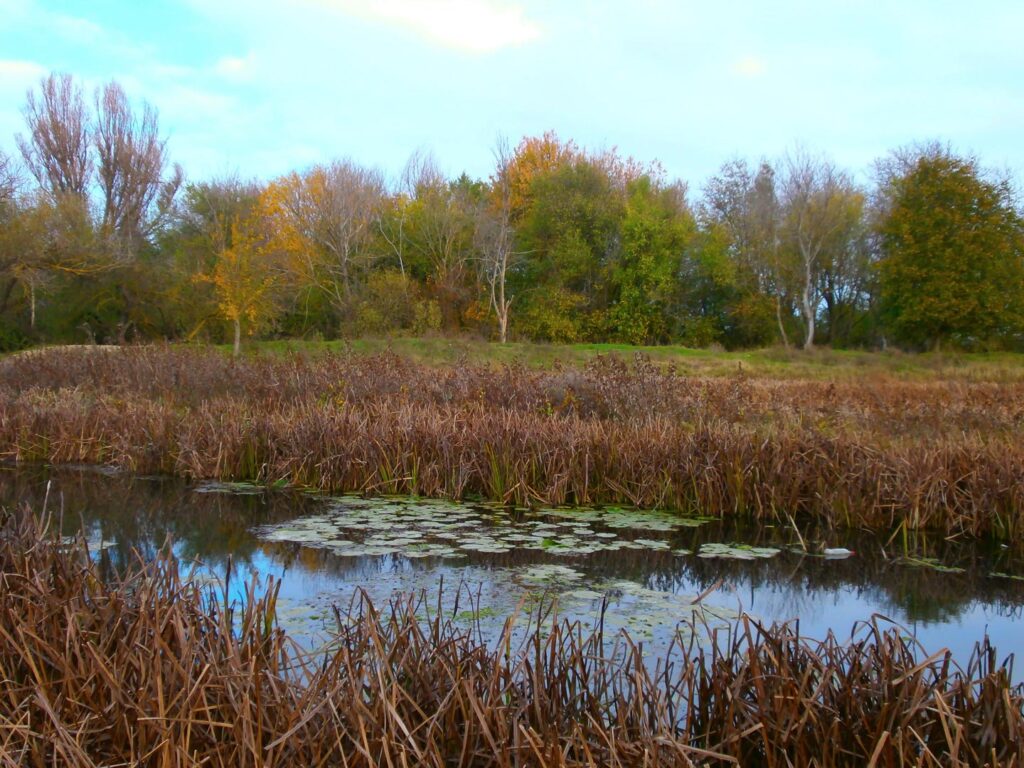 There are 23 species of fish in Shabla Lake, 7 of which are included in the Red Book of Bulgaria. Here is the only locality of the long-tailed duck. Other rare and endangered representatives of the fauna have been identified – the Balkan garlic and the otter.

On the territory of the lake there are about 10 species of rare and endangered plants included in the Red Book of Bulgaria such as Pontian wormwood and others. In places along the reeds there are small groups of white water lily and yellow water rose. 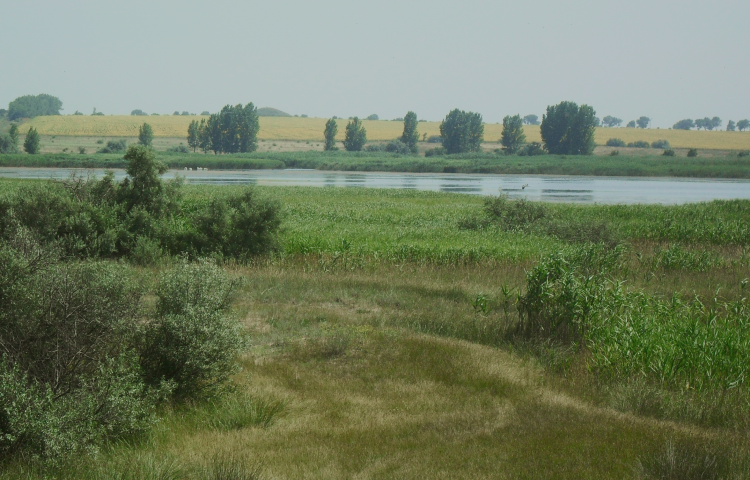 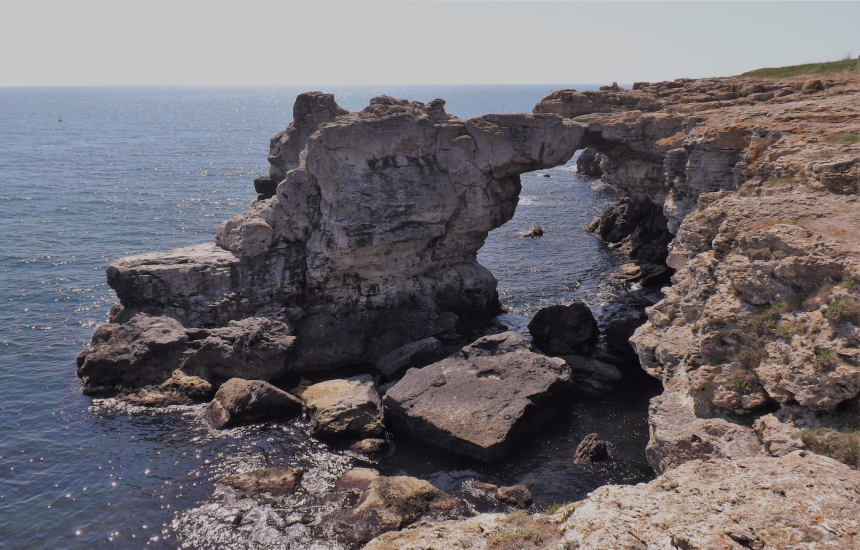 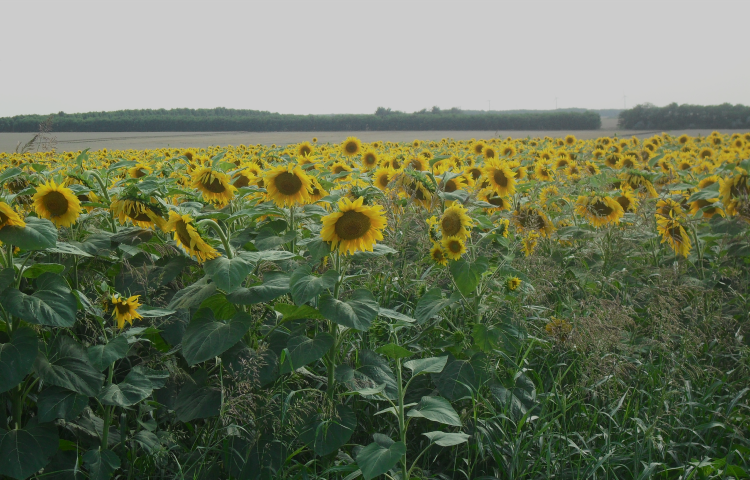